The old version of this palette is mine, the new version is one I bought for my mum for her birthday, and she actually suggested I did this post for you all, and I thought it was a great idea!!

I bought my Too Faced Natural Eye palette about 2 years ago, and as you can see, it’s had quite a lot of use! I always go back to it, and I’ve recently had it out again. I do have a full tutorial coming up soon on my Youtube Channel, so make sure you’re subscribed so that you don’t miss it!

The first difference is the packaging. Too Faced have changed to a metal packaging with a magnetic closure (like the Chocolate Bar palette) rather than their traditional cardboard packaging. To me, the metal packaging is much nicer, although the cardboard packaging, surprisingly, has lasted really well and still isn’t looking tatty after being used so much and travelled from uni to home, and in and out of various storage! I personally think the metal packaging is much more luxurious and is also much smaller and more compact, so better for storage or travelling.

The real difference in this palette is the shade selection. The shade Nude Beach (nude glitter) has been replaced with a matte shade: Nudie. I personally think this is a great thing, as I never ever use Nude Beach as it’s so glittery it’s just too much for my liking, and seems to create too much fall out. The only time I’ve ever used it is to add extra shimmer on top of one of the other shades. Nudie is a lovely warm-toned matte brown colour, that I personally think is really beautiful. It can also be used as an eyebrow shade if it matches your brows. On that note, in my tutorial I show you how to use the shade Velvet Revolver as a brow shade, which works really well for me.

The other shade difference is Velvet Revolver which has been replaced with Cashmere Bunny. The two are both matte mid-toned browns, but Cashmere Bunny is a lot warmer than Velvet Revolver. Both shades are beautiful, and I’d be happy to have them both in the palette. If you have dark-blonde/light-brown eyebrows and want to save room in your makeup bag/collection, Velvet Revolver is lovely as you can use it for the brows, or as an eyeshadow. Cashmere Bunny is a lovely warm brown, and is beautiful on the lids, or you can use it to contour the eyes for a really natural look. Chocolate Martini replaces Cocoa Puff, and the two are very similar. Chocolate Martini is slightly lighter, but they’re very similar.

I don’t think these differences warrant owning both versions of the palette, but I wouldn’t be bothered swapping to the new one if mine ever runs out.

The rest of the shades are the same. As you can see from my palette, Push Up is my favourite shade! It’s a beautiful shimmery medium brown that can be used all over the lids, or in the crease, or to define the lash-line. I also really like Honey Pot which is a shimmery gold shade which is nice for pairing with a bronzed skin look.

All the shades are really pigmented, and the formulations are great. As I said in my post about the Chocolate Bar palette, Too Faced really know what they’re doing with eyeshadows, especially the mattes. I’ve used so many disappointing matte shades in the past, but the formulation of these ones makes them super easy to apply and blend, and I love the finish they give. When I first got the palette, I never used the matte shades, but I’ve gotten more and more into them as I’ve used this palette. I now use as many mattes as I do shimmers!

I think this palette is great for makeup-beginners as it gives you an idea/instruction sheet for 3 basic eye looks, which is a great starting point. I’ve experimented quite a lot with this palette, and all the shades work well together, so I don’t stick to the basics now (the shadows are laid out in rows which make up the 3 different looks). Once you’ve mastered the basic looks, there’s plenty of room in this palette to experiment. I quite often mix the matte shades with the shimmers, and I’ve also used Silk Teddy as a face highlighter.

It’s also a great little palette for travelling, as it has plenty of possibilities to create both day and evening looks, and is very small and compact.

I really love this little palette. When compared to something like the Naked palettes, it isn’t the best value for money, but I do think it’s worth the price, and I’m happy I own it. My mum also chose this one after looking at many different palettes (the ones I own and others) as she found the Naked palettes and Chocolate Bar palette a little bit overwhelming.

If you’re new to eyeshadows I’d highly recommend this little palette, and if you’re a neutral eye fan/fanatic, it’s a lovely one to add to the collection! x

(I have another post coming this week on the Naked 3, so make sure to follow me so that you don’t miss it!)

Disclaimer: Both palettes were purchased myself. Some links are affiliate links.

4 responses to “Too Faced Natural Eyes Palette: Old vs. New” 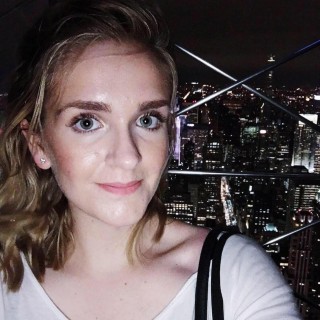 I'm a 24 year old beauty, fashion and lifestyle blogger from the UK. x